When people first think of homeopathy, they think of a sugar pill.  A pretended thought that, ‘this pill will cure my ills’.  It is presumed that just that thought is enough to bring about the change.  The classical placebo effect, which has become integral to the proving of pharmaceutical and psychological testing (frequently referred to as the control group).  That then would define it as lacking substance, immaterial and therefore ineffective.  Right?

Initially, I too scoffed at this nonsensical approach since there was no actual substance to the ‘sugar pill’, other than sugar with a title.  But over time I had to adjust my thinking as I began to see how well it worked on infants and animals, who I reasoned, didn’t really comprehend the substance being administered to them.  Additionally, I had to question why this had a dramatic healing effect for them when other ‘real’ substances had not?  These thoughts and events demanded a stretching of mental parameters from me.  Simultaneously, I was beginning to grasp the concepts of vibrational energies and the impact they can make on living organisms.

Most of us have learned that homeopathy is based on the Law of Similars.  Effects of the remedy mimic the effects of the disease.  The discovery of the most similar set of symptoms (including personality features) is then given to arrest and reverse the disease process.  This is Classical Homeopathy; a lengthy, temperamental, hit and miss approach in my opinion.  Let me be clear, I’ve great admiration for those Homeopaths who have the knack and time for ‘provings’ to render results.  Modern practices however, do not have the luxury for this type of time consuming and single minded process.  Consequently ‘Complex Homeopathy’ evolved, wherein a combination of remedy elements are delivered in one compound.  This is a shotgun approach, true.  Yet there is much less ‘miss’ and a lot more ‘hit’.  Results are quick and the one great thing about these remedies is that they cannot possibly do any harm. So the ‘misses’ have absolutely zero effect.  Many of my patients keep several of these combinations in their medicine cabinets for emergencies or minor discomforts to hold them over until, and if they need further assistance.

‘Homotoxicology’ is another division developed by Dr. H. Reckeweg whereby it is claimed that toxic elements retained within the body are detached from their niche and moved out via the body’s’ own detoxifying avenues.  We’ll save the argument about the validity of this practice for another time.  Meanwhile, know that I practiced this form of homotoxicology for many years, vibrationally matching the patients’ biofield with that of the toxic element(s) plaguing the patient.  Indeed, many shed the deleterious effects of the harbored toxic element(s) and went on to lead normal lives freed from environmental limitations.  Still, many individuals had a difficult time with this detoxification process, particularly with heavy metals and/or radiation toxicities.  I felt miserable for them.  Then a great thing happened.  My apparatus for making these remedies broke.  I had to put my patients in a holding pattern while seeking repairs.  I say this was serendipitous because I noticed patients continued the detox process minus the dreaded severity of symptoms.  Their bodies had taken over the process and at a pace acceptable to that particular physiology.  Suffice it to say, perspective changed once again, rendering an easier, less eventful means of detoxification.

The homeopathic approach to medicine has other benefits as well.  Since it is a gentle yet thorough method, it is tremendously easy to administer to babies and children, the elderly and individuals who simply cannot manage pills.  Primarily in liquid form, it is squirted into the mouth and held there for 10 seconds as it makes contact with the mucous membrane.  This allows it to be taken into the bloodstream.  After the 10 seconds has elapsed, the substance can be swallowed or spit out.  Its’ delivery destination is not the digestive system as with nutrients.  The destination is the circulatory system, by-passing digestion altogether.  Some homeopathics can even be delivered through the skin, and can penetrate their effect as deeply as 8 inches. 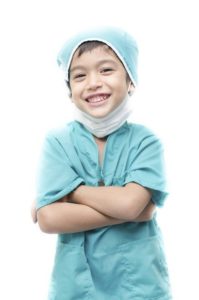 What others have to say: